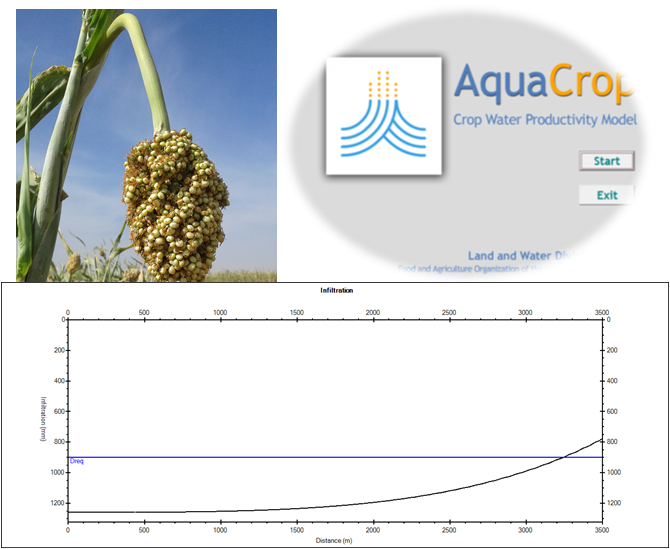 The analytical phase has followed intensive data collection over one completed season extending from late May 2015 to early January 2016 which has been carried out in two pilot farms one in Kassala Block (Mesga 1, 1300  Feddans) and the second one in Hadalya Block (Mesga 16, 300 Feddans) in GAS. Based on results obtained from close assessment of the current irrigation practice, a newly irrigation scheduling practice would be tested in a pilot farm during the growing season of year 2017.